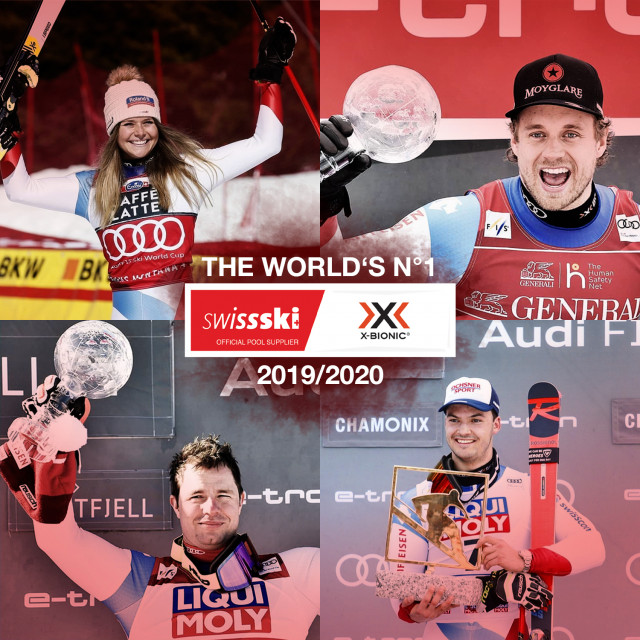 The wait is finally over! 30 years since the last world championship, the Swiss Alpine Ski team is once again the number one ski nation in the world. And what a victory it was, 47 podium wins, five individual world championship titles in speed categories and point contributions from 40 different athletes, made the 2019/2020 season truly one to remember.

The historic season was built on a strong foundation of hard work, intense pre-season training and equipment development. And that is where we come into play. Our 20 years of research and development led us to create a 'secret weapon' for the Swiss Alpine Ski Team, the Energy Accumulator 4.0. 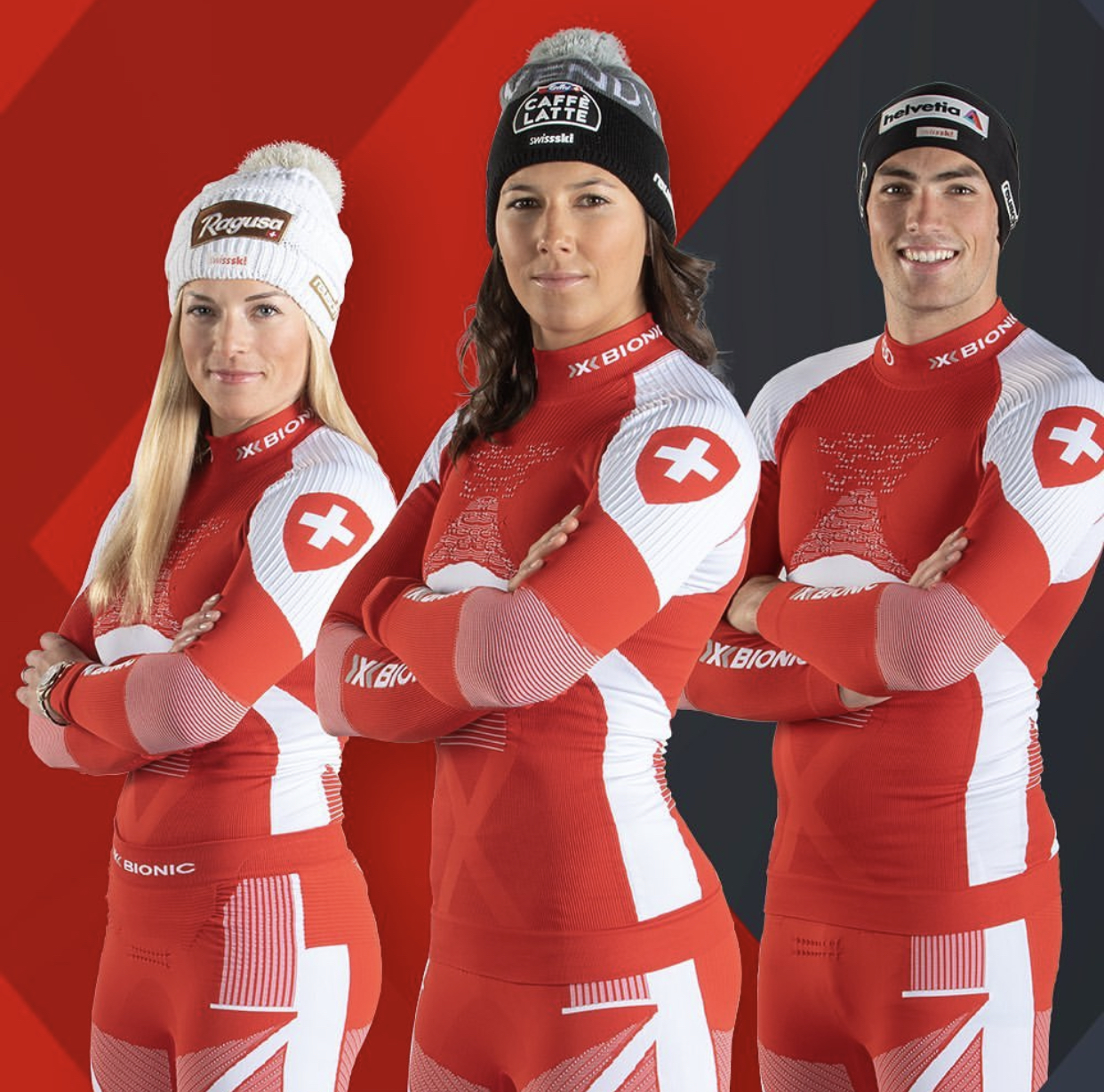 Using our patented technologies, specialized in maintaining the perfect core body temperature under all conditions, we created ski underwear that is extremely aerodynamic and will allow our athletes to gain a competitive edge. In September 2019, during the height of the pre-season, we met with a delegation from the Swiss Alpine Ski team, to put our new development to the test, the most rigorous test on the market, the Audi Wind tunnel. The Energy Accumulator 4.0 didn’t just set a new personal benchmark for X-Bionic®, but also surpassed all previously tested products, setting a new standard for aerodynamics. 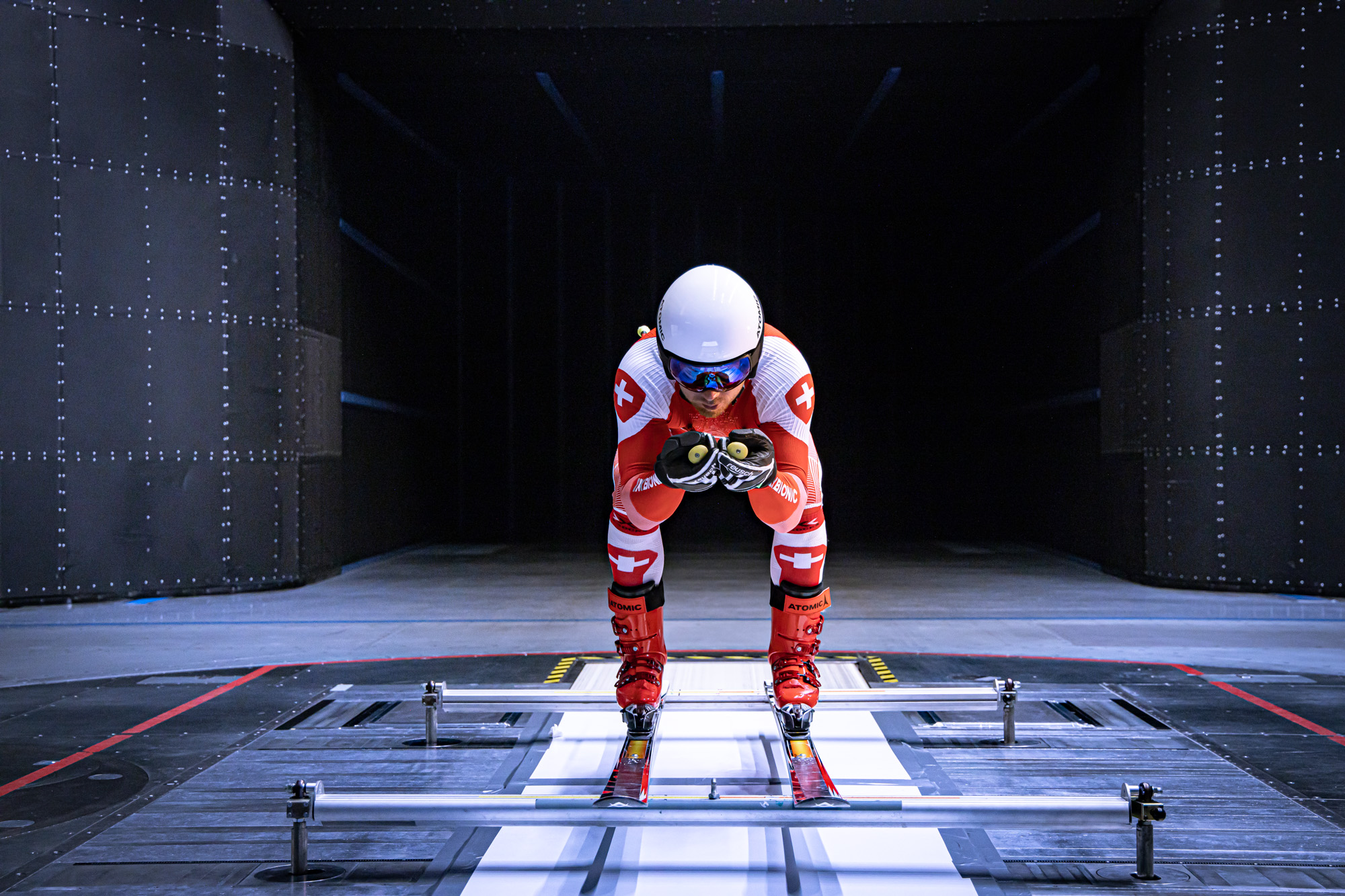 Equipped with the record-breaking Energy Accumulator 4.0 the Swiss Ski Team was now ready to dethrone their Austrian rivals who previously held the nation's ranking top spot. Fast-forward to the start of the season in October. We didn't have to wait long for the first podium finish of the season, with our very own brand ambassador, Wendy Holdener, earning second place at the slalom world cup race in Levi, Finland, closely followed by Daniel Yule who skied to the third place in the men's slalom. With Wendy showing the rest of the alpine ski team what a top-three finish feels like, the podium finishes started to pour in. Until the end of the season, which was unfortunately cut short by eight races due to the COVID-19 pandemic, the Swiss team would go on to claim 45 further podium finishes, outperforming their 2018/2019 season by ten podium finishes. 11 of these podiums were celebrated from the top of the step with Daniel Yule (3), Beat Feuz (2), Lara Gut-Behrami (2), Corinne Suter (2), Loïc Meillard (1) and Marco Odermatt (1) winning. 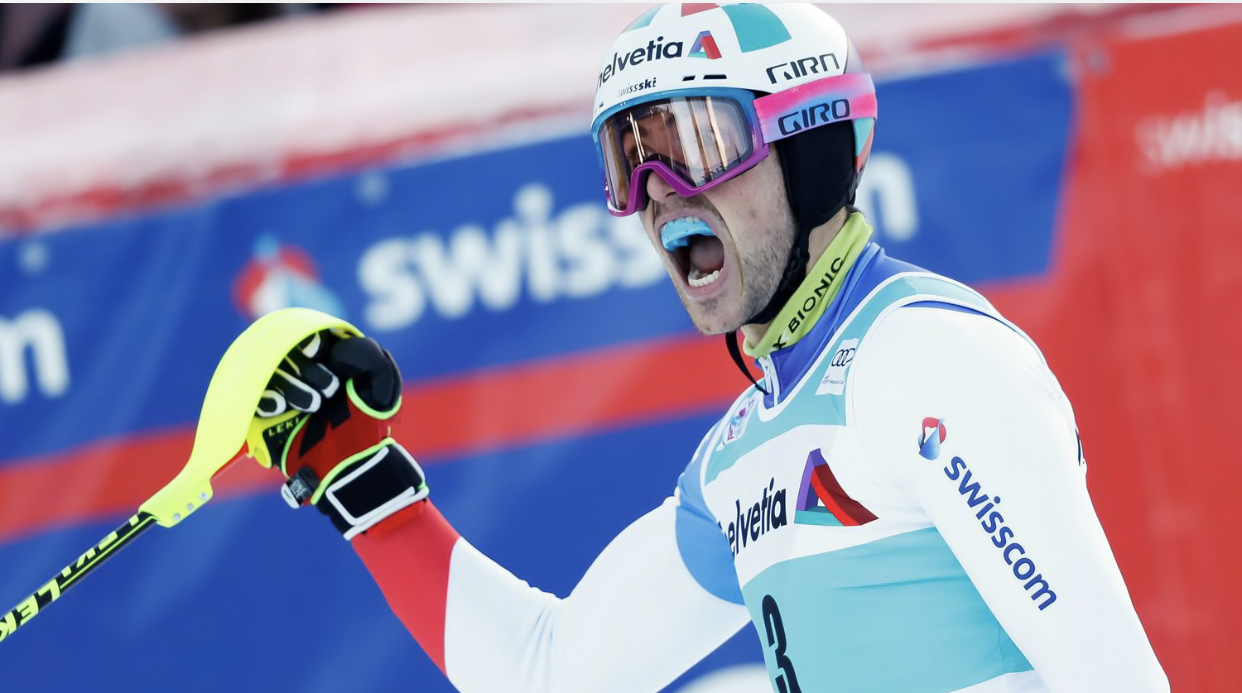 On top of the phenomenal team effort, the Swiss team also excelled in the individual speed categories, claiming five crystal balls, which are presented to the world number one. Mauro Caviezel claimed the Super G men's title, Loic Meillard won the Parallel men's title and Beat Feuz successfully defended his Downhill title for the second year on a row, making him Downhill men's champion for three years in a row! The woman's division was dominated by Corinne Suter who won both the Downhill and Super-G category, making her the woman to beat next season! 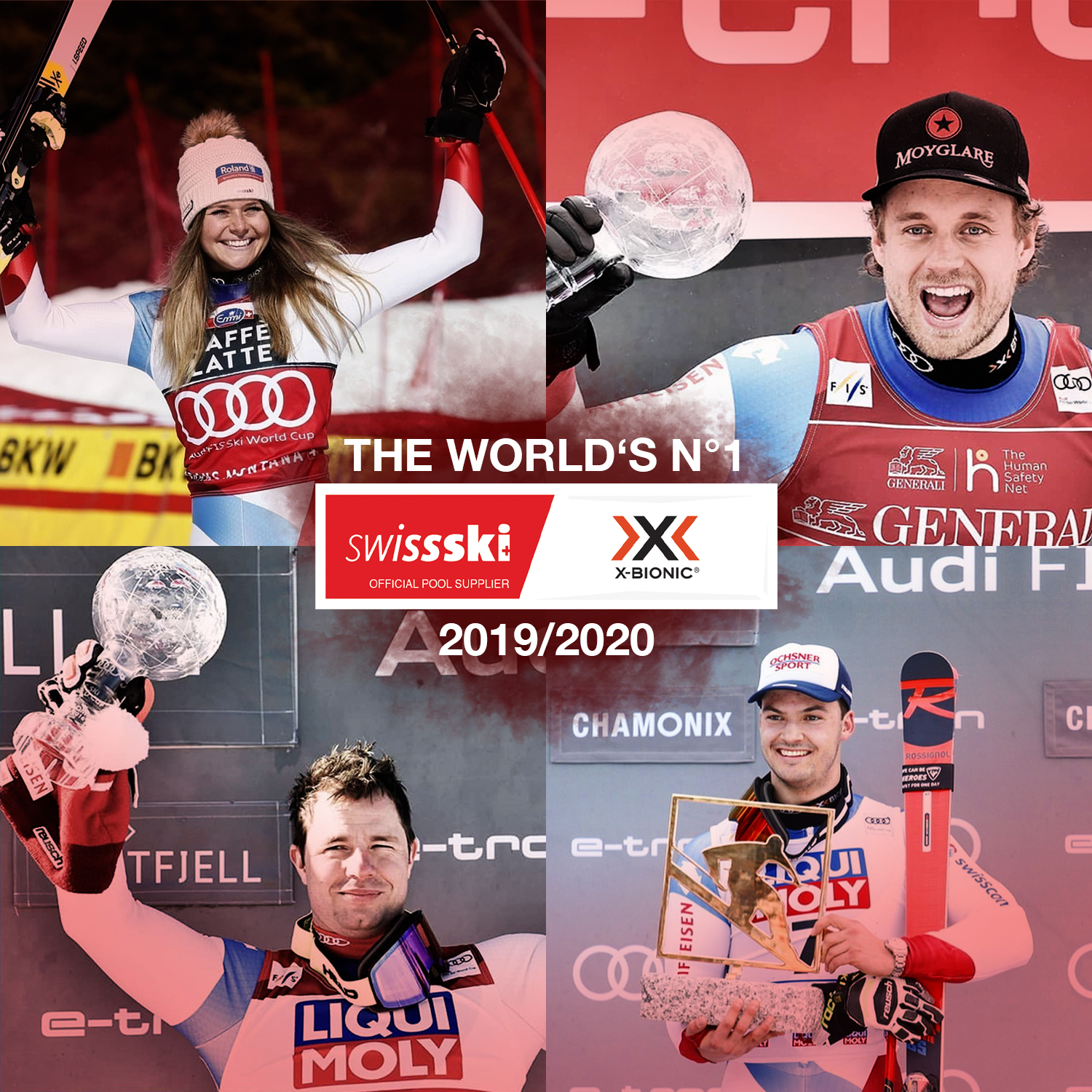 Season highlights are especially difficult to choose this year with so many unforgettable moments like Marco Odermatt winning his first race or Daniel Yule winning three consecutive races, thus creating a piece of Swiss history, but one moment that stands out was Crans Montana weekend. The double-double victory, first and second place two days in a row, by Lara Gut-Bahrami and Corinne Suter in front of the Swiss fans, was truly an ecstatic moment. The goose-bump atmosphere around the finish line when Lara Gut-Behrami secured the first and second-place finish for the Swiss team was a moment of pure joy. 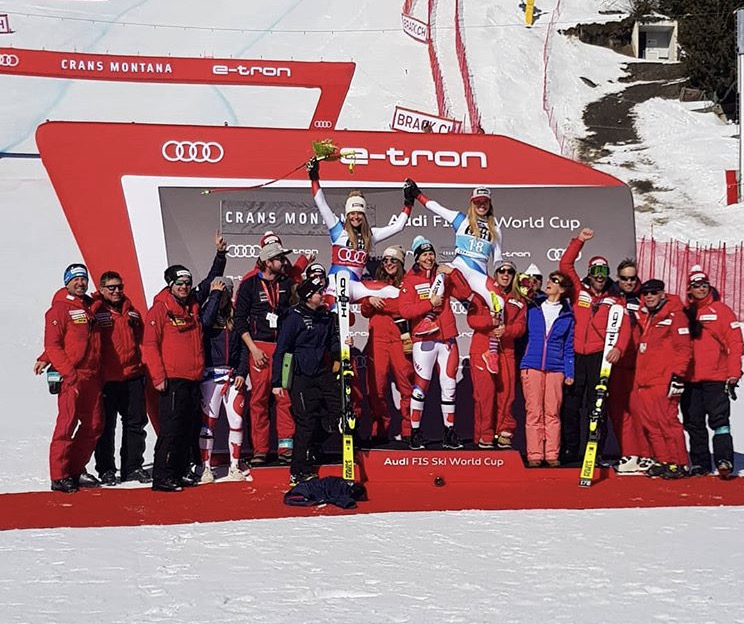 The hard pre-season work in her X-BIONIC®️ gear paid off for Wendy, securing six world cup podium finishes throughout the shortened season. Wearing the X-Bionic Energy Accumulator 4.0 Patriot edition, which is one of her favorite X-BIONIC®️ products, she was able to win 791 World Cup points, heavily contributing to the team taking home the trophy. 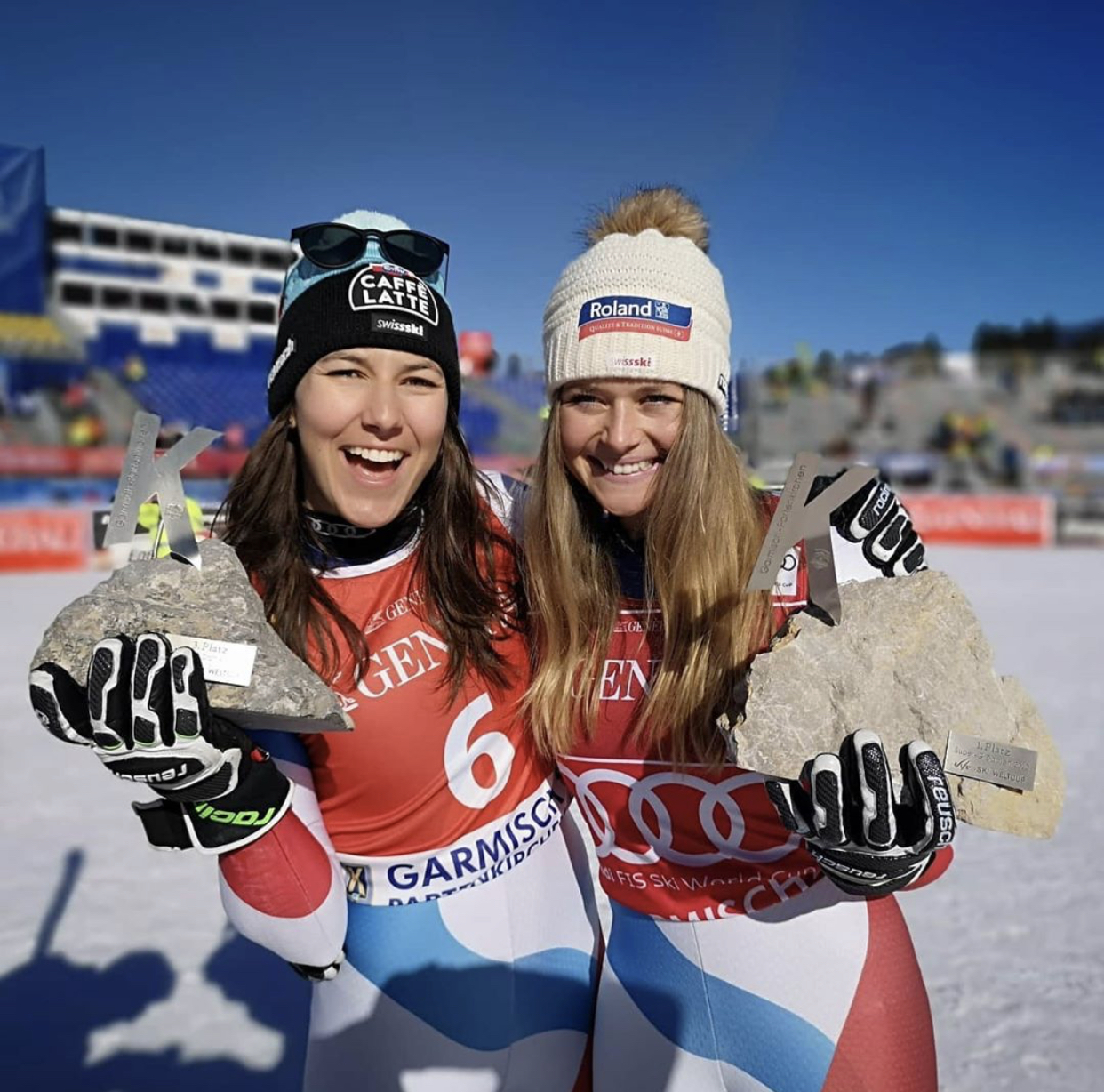 "The 2019/2020 season was a historic one for the Swiss Alpine Ski Team and X-Bionic®️. Ten more podium finishes than last year, despite eight less races, five individual category wins and winning the nation's category provides both a challenge and a nopportunity for us to beat our own record next year."

As official pool suppliers for the Swiss Ski team, we are very proud that the team was able to create history whilst wearing our record-breaking ski underwear. Our patented technology, that turns your sweat into energy, helped the team win for the first time in 30 years. Imagine what it can do for you! 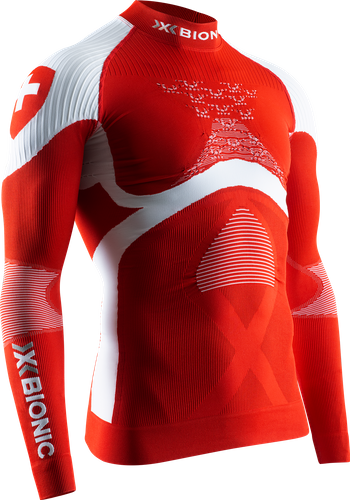 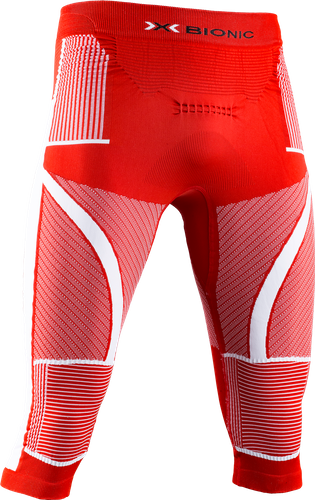